If you’re the type of pet owner that gives their dog things like almond butter and guava you might now be wondering just what other things they can eat.

So, let’s get more specific and look at can dogs eat pepperoni?

Pepperoni has a whole lot of sodium and fat in it because of the way that it’s made, so you want to make sure that you’re avoiding it for your dog.

These things are going to make them really unhealthy and could even cause some health problems if you’re not careful.

It’s not just about the fat and sodium though, it’s also about a number of the other ingredients that are used to make pepperoni in the first place.

What You Need to Know

While the sodium and fat make this a less than ideal treat for your dog, they’re actually the secondary concern.

The main concern is the seasonings and herbs that are used.

The seasonings, namely onion powder, and garlic are extremely toxic even in smaller doses, which means they can cause health problems that include vomiting and diarrhea.

And before you think that you can just get a different kind of pepperoni that doesn’t include those things, the sodium and fat cause problems of their own.

Just those ingredients can lead to increased thirst and urination that could point to salt poisoning and even kidney damage.

This can evolve into pancreatitis or digestive issues that can be extremely serious.

You want to make sure that you’re avoiding pepperoni then, no matter what kind you might get or even if you make your own because it’s going to have these negatives to it no matter what.

It’s part of the reason that pepperoni is generally not considered great for humans either, but our bodies can handle it a little better than our furry friends.

The short answer to ‘can dogs eat pepperoni’ is no. You want to completely avoid giving them any of it.

Even if you think it’s a good treat or it’s not a big deal to give them a couple of pieces off your plate it could be dangerous.

While those couple this time likely won’t cause a problem, doing it more regularly could be a more serious problem and you might not even realize they’ve had too much until they start showing some very serious signs and symptoms.

It’s better to avoid it altogether. 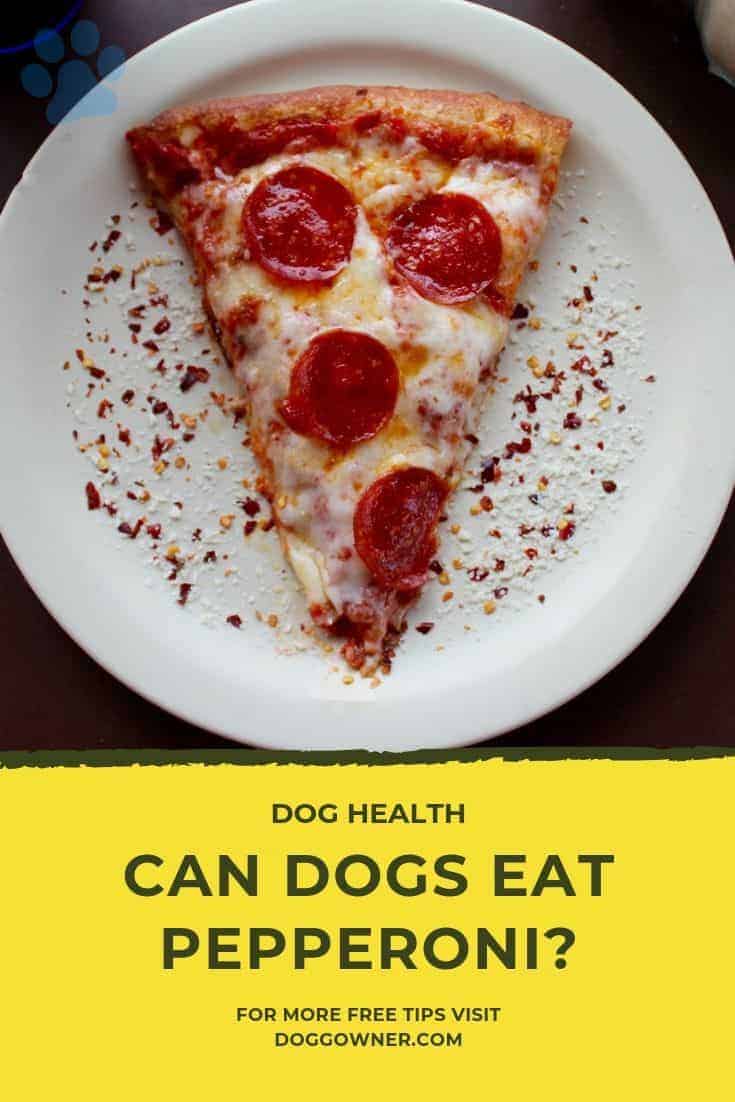