What Kind Of Dog Is Clifford The Big Red Dog? 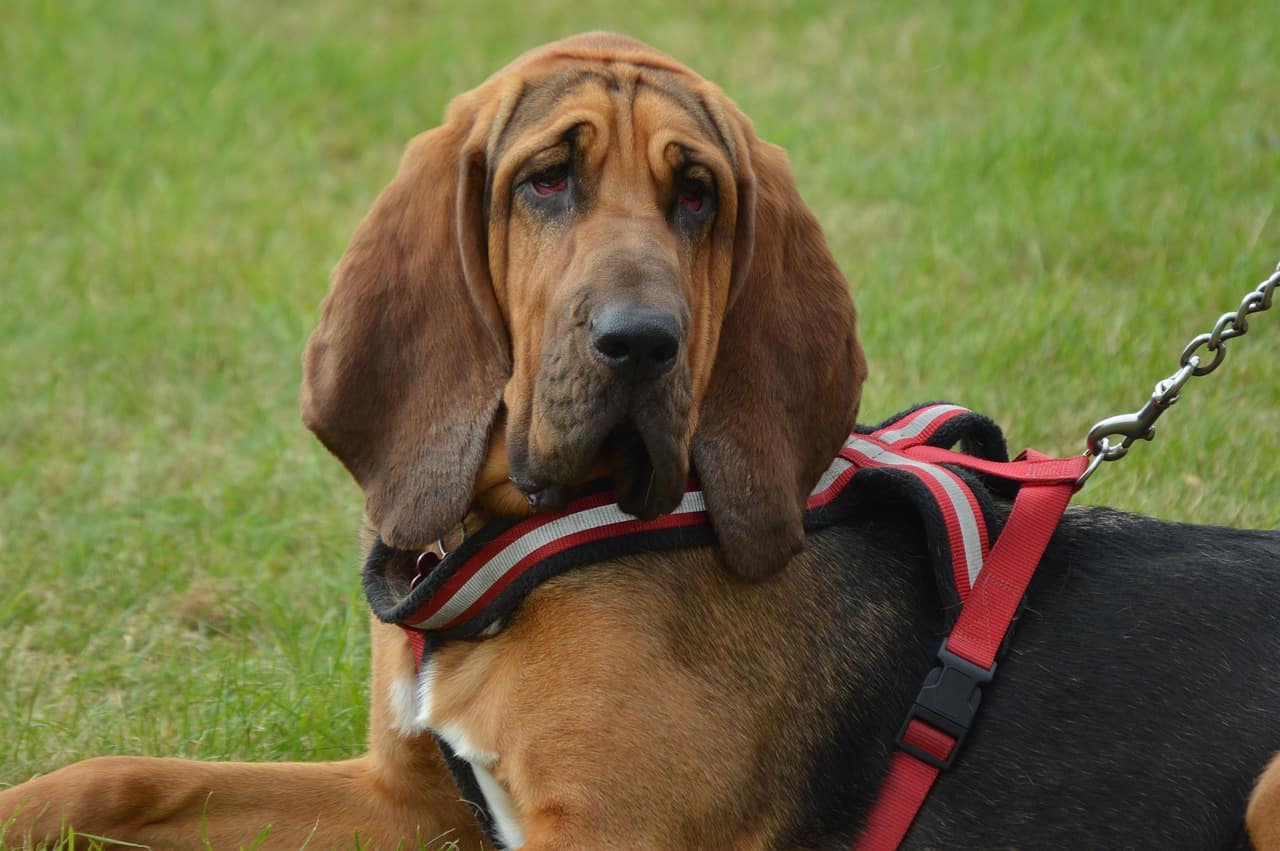 Everyone knows the kid’s book star Clifford The Big Red Dog, the famous large dog, and friend of everyone!

He has starred in books, shows, and even video games, but he doesn’t look like the average dog even disregarding his height. So what kind of dog is Clifford?

What kind of dog is Clifford The Big Red Dog? A Bloodhound, at least that’s where they got the inspiration for this adorable creation. We will get to the origin story, but first, let’s examine some similarities between Clifford and the average Bloodhound.

Similarities Between Clifford And Bloodhounds

Let’s get the obviously shared characteristics out of the way, both of these dogs are very large. In fact, some Bloodhounds can even grow up to 32 inches in height! For non-fictional dog breeds that is quite large.

Not to mention, both of these dogs have ears that are quite large. The Bloodhound holds the Guinness World Record for the longest ears ever. Measuring 34.9 CM and 34.2 CM for the left and right ears, you can check out this impressive dog here.

Lastly, Bloodhounds are known for their gentleness and helpfulness. Both features that Clifford also displays in his many different adventures. Bloodhounds were originally bred to help with hunting, specifically tracking.

Norman Bridwell was an American illustrator that eventually turned into an author and cartoonist thanks to a turn of events during his job search.

When Mr. Bridwell was young he put together a collection of his work so far and went to 15 publishing houses looking for a job as a children’s book illustrator.

Although, he was rejected by all 15 publishing houses. However, during his interview at a publishing house named “Harper and Row”, they suggested, in passing, that he turn one of his drawings into a story of his own.

The drawing that started it all was of a little girl and a horse-sized Bloodhound. An idea he got from his childhood. When Norman was a child he tried to ride a horse, but they were not kind to him.

So his dream was to have something so kind like a Dog be the size of a horse so he could ride it. Eventually, once he had the talent to put this into a drawing he did and created a seed for one of the most recognizable cartoon characters.

After the meeting with Harper and Row, Norman took their passing suggestion and began writing a story. Enthused by the idea of this fun story his wife Norma decided she wanted to help him create this story.

It was actually Norma’s idea to make Clifford much-larger, the size of a house to be exact! Originally, Norman also wanted the name of this big dog to be “Tiny” as an attempt at an ironic name.

However, it was Norma that told him it would be stupid to name a giant dog “Tiny”. So she recommended the name “Clifford”, which was actually the name of her imaginary friend when she was a child!

In 1 year, Norman went from looking for a children’s book illustrator to Scholastic publishing his and his wife’s book “Clifford The Big Red Dog”. And as they say, the rest is history! Many more adventures with Clifford were published in the decades to come.

Before you go here is another fun fact about Clifford. Clifford is actually a big red dog because red was the color of paint he had on his desk at the time of painting him!

Also, if you are curious about the breeds of more famous cartoon characters check out our articles about scooby-doo and snoopy.

Think about that, if he had any other color on his desk at the time Clifford might have been “the big blue dog” or “the big orange dog”.

In summary, Clifford is a Bloodhound with a surprisingly fun and inspiring story behind his creation. Although, many people might claim otherwise the original inspiration for Clifford was a large Bloodhound that he painted next to a child!