John Wick Dogs: What Kind Of Dog Did John Wick Have? 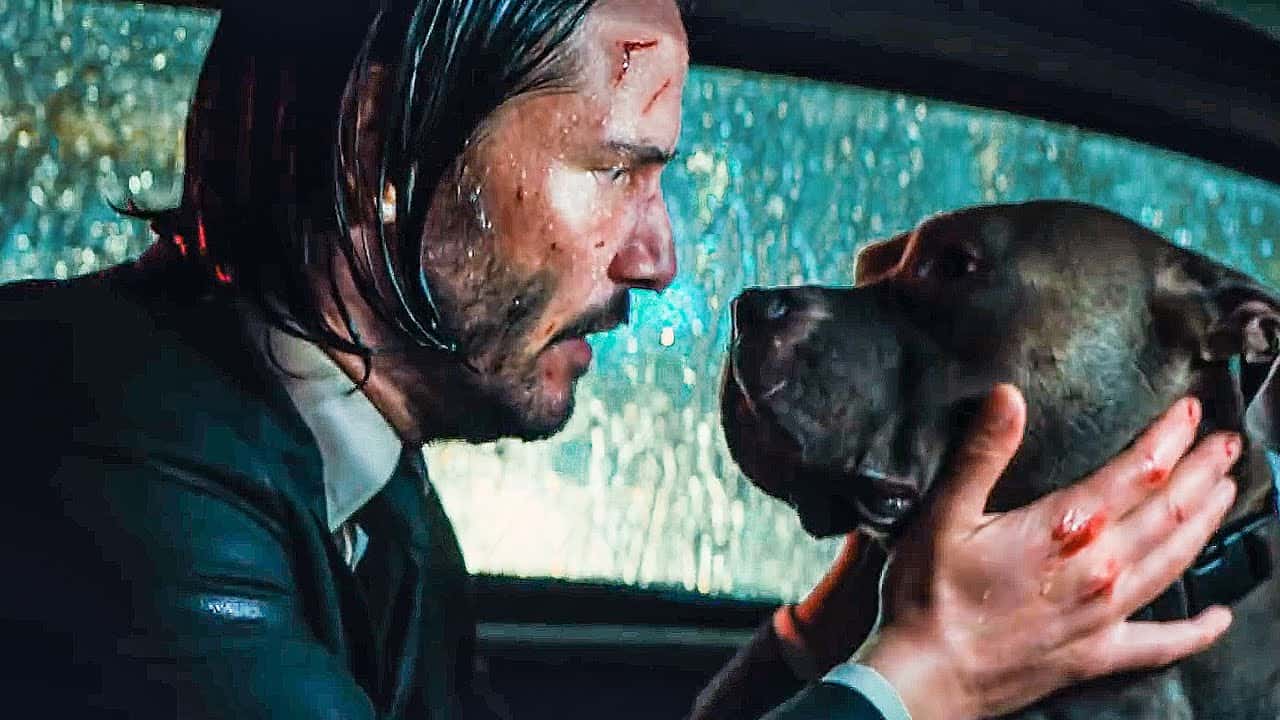 The new popular movie franchise on the block is John Wick, and even more popular are the John Wick dogs!

What Kind Of Dog Did John Wick Have? In the first movie, John Wick gets a Beagle to start the film, but before the film ends he finds a new adorable companion that is a Pitbull.

But of course, these dogs are actors and there is much more to know about their real-life story!

Keep reading to learn more about these famous dogs, including Halle Berry’s dogs and what breed they are.

If you want to watch the video version of this article, here is our video!

What Kind Of Dog Did John Wick Have In The First Movie?

If you are referring to Daisy which was the first dog that John Wick got from his late wife that dog was a Beagle.

It was the dog with adorable flopping ears and a multi-color short fur coat.

John Wick’s dog name in this movie is Daisy. The real John Wick dog’s name is Andy and was only 8 weeks old at the time of filming the first John Wick movie.

Although Andy wasn’t featured in that movie for long he sure did make an impact on the audience.

Later on in the film, we see John Wick get a new dog which we get to see for the final few minutes of the movie. We will talk about this dog in the section below.

If you want to see the reverse parody of John Wick then watch this hilarious youtube video titled “Dog Wick”.

What Kind Of Dog Did John Wick Have In The Second And Third Movies?

Ok fine, he technically got this dog at the end of the first movie, but we see way more of this adorable companion in the next two movies.

The dog featured in the second and third movies is a pit bull.

John Wick’s dog doesn’t actually have a name yet. He instead refers to him as just “boy”.

In reality, this dog has been played by a couple of canine actors. Most recently in John Wick Parabellum we see “Cha Cha” the female Pitbull playing the part of John Wick’s dog.

However, in the second and first films, we are looking at Burton, the Male Pitbull who was loving referred to as Bubba by Keanu.

Burton is a rescue dog that was chosen because he had a sad look that would make viewers sympathize with him.

I know I did, I was rooting for this loveable dog the whole way!

What Kind Of Dogs Did Halle Berry Have In The Third Movie?

Which she actually underwent much training with in order to prepare for the latest movie in the franchise.

Halle Barry’s character aka Sofia hasn’t yet said the names of the John Wick 3 dogs in a movie.

Belgian Malinois looks a lot like a German Shepherd and it even shares some traits like high intelligence however these two dogs are completely separate breeds.

This breed is also used as police dogs which explains their use in a tactical film such as John Wick.

That’s all the John Wick dogs there are right now however I hope they will add new dogs to the mix in the future as this will likely be a long-running franchise.

If you really want to learn more about the new dogs involved in John Wick 3 check out the training video featuring Halle Berry!

Alright, last video I promise, if you really want to overdose on happiness check out the BuzzFeed interview with Keanu Reeves where he answers questions as he plays with dogs. Enjoy!